General cargo ship SEVEN STAR with cargo of scrap was detained in Salerno, Italy, on arrival to Salerno. Cargo of hazardous ferrous waste is to be offloaded in Salerno and put under arrest. Vessel’s next port of call was to be Oristano, Sardinia, where the cargo was to be offloaded, initially. Italian authorities grew suspicious of scrap cargoes, arriving at Sardinia, for quite a time. It is not clear what happens to industrial waste, including pressed cars, electronics, plastic, engine oil filters, household appliances, etc., in Sardinia, which doesn’t have waste processing or recycling factories and facilities. Italian authorities suspect either illegal dumping somewhere in Sardinia or island’s waters, or further transshipment of waste to other countries. Sardinia, according to reports, turned into regional wastes hub. Waste cargoes, as a rule, don’t have required documents certifying those wastes in accordance with international regulations. Photo sardegnaoggi.it
General cargo ship SEVEN STAR, IMO 8211198, dwt 3089, built 1982, flag Bulgaria, manager/owner according to Equasis and Russian Shipping Register is LOW SEA SHIPPING MANAGEMENT Co., Varna, Bulgaria. 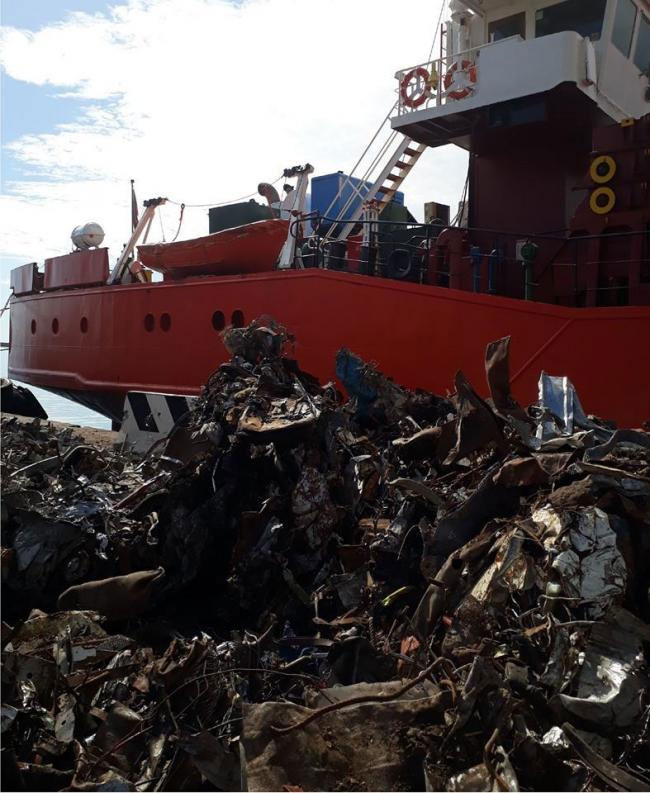