EMERALD STAR disaster Oct 21 Update: SAR seems to be suspended
No news on EMERALD STAR missing crew search and rescue, no updates, nothing. It was said by Indian media citing officials, that Indian plane was dispatched to the area to join SAR, and this is it. AIS shows no CG or SAR ships in the area, which could be possibly deployed in SAR. Though there was no official statement on SAR suspension, it definitely looks like one.
Unless all involved in SAR parties obtained (but withhold) some information from survivors, which justifies SAR cancellation, it seems to be premature. Yes, those missing who maybe survived disaster in immersion suits or life jackets, can’t survive being in water for so many days. But some could make it to life raft or rafts, and that’s a different story – they can survive for weeks, being on a life raft.
Most recent and strikingly similar disaster occurred in South Atlantic Ocean on Mar 31 this year, giant ore carrier STELLAR DAISY capsized and sank in literally, minutes, with all but two crew lost. But SAR was going on for weeks, notwithstanding the remoteness of the area, by STELLAR vessels. Regional States called operation off, including most important in such SARs helicopters and planes. We don’t know so far, if there were disaster survivors in life rafts, but relatives of the crew insisted on SAR prolongation weeks, more than a month, after disaster. EMERALD STAR disaster site is much closer to land, which makes SAR, technically, easier.

Oct 15 evening Update: I received a letter from a younger brother of EMERALD STAR Chief Engineer, who’s believed to be missing, containing very important pieces of information:
SAR is being conducted by MRCC Japan. As per the latest update 16 crew members have been already rescued from the accident and 10 crew member are reported still missing. Chief Engineer Shyam Singh is also one of them. We got the news that nearby boats and Rescue team of Japan and Philippines will search for one more day I.e. 16th October AM.
I hereby request you to consider below facts:
1. As per the information received from two survivors separately, Chief Engineer Shyam Singh Rajput made announcement on PA system and alerted all crew. They mustered on ship’s deck. So we have strong belief that all crew member were prepared for abandoning the Ship. It is pertinent to mention that missing crew member were reported to wearing life jacket because of which There are high chances of their survival after accident.
2. As per latest weather updates, weather condition and visibility is constantly improving from the day of accident.
Hence there are high chances of survival and recovery of missing persons.
Hence on behalf of all the family members of missing people we request all deployed in SAR parties, officials of Japan, Philippines, China and their respective MRCC, to continue the search operation for next 7 days.
What it means actually, is the fact, that 10 missing crew did have a very high chance of surviving the disaster itself, capsizing and sinking of the vessel. It implies, therefore, that some of them, or all of them, are still alive. SAR must go on, all concerned and affected must, I believe, use all connections and means at their disposal, to compel Indian authorities to request the continuation of SAR from involved States.
Voytenko Mikhail
October 15, 2017

Oct 15 Update: No news on the fate of 10 missing Indian crew, but the good news is, SAR is still on, with deployment of Japanese patrol ships and planes. There is still a chance, that some crew could make it either on a life raft, or in immersion suit. I’ll keep monitoring situation, immediately publishing any updates. All concerned are invited to share any extra information they have: [email protected]
My deepest condolences to all affected, but I believe, there’s still some hope left. In most such cases, share of missing crew was usually bigger, or all hands were lost. In EMERALD STAR case, 16 people out of 26 were able to survive sinking and evacuate, meaning that there was some time before vessel capsized. Some people could manage to evacuate, to be drawn away by sea and wind, and missed by rescuers.

Oct 14 morning: The latest report from the Japanese Coast Guard said 11 crew were successfully rescued by bulk carrier Densa Cobra (IMO 9460643), and 5 by bulk carrier SM Samarinda (IMO 9574391). Understood 10 people remain missing, search still under way.
EMERALD STAR sank in position 19 01N 124 46E, at around 2100 UTC Oct 12. Little doubt exists that liquefying was the main cause of capsizing. As in all such cases, one main question is to be answered – did Master of the ship know true moisture content of loaded nickel ore, and respectively, could he evaluate and appreciate stability risks. Master has a right to refuse loading or sailing, if he believes the cargo is dangerous.

Oct 13 evening Update: According to Japanese Coast Guard statements, there were 26 Indian crew on board, 15 were rescued by passing ships, 11 went missing, Japanese patrol boats and aircraft are deployed in SAR. 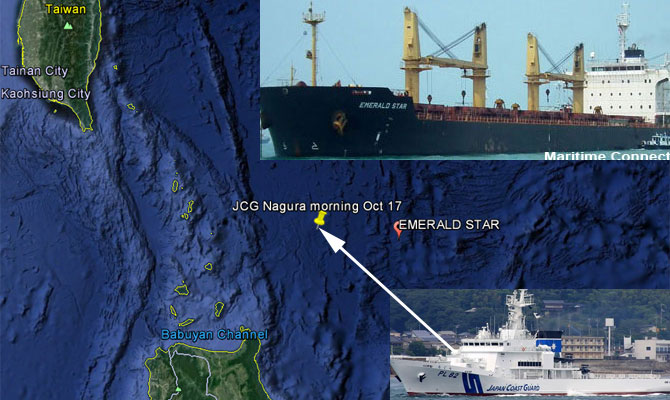 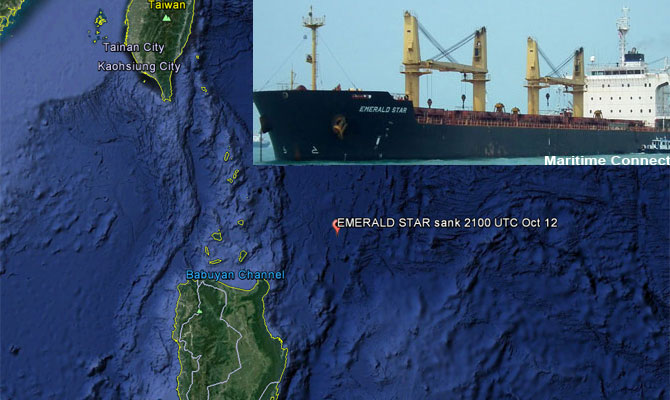 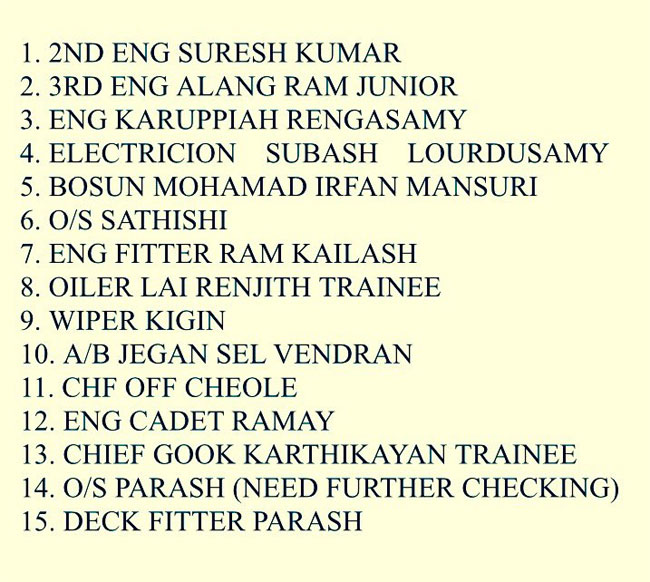 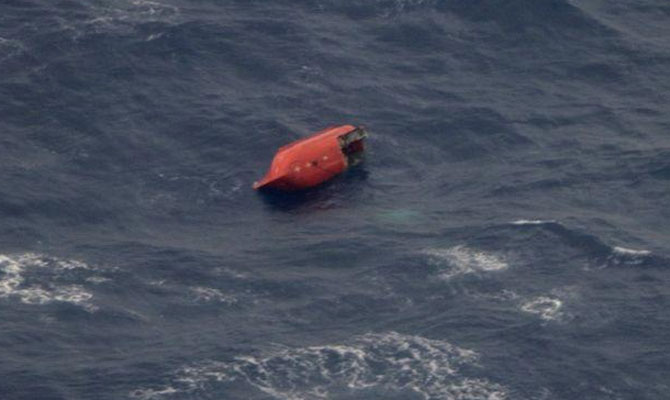