As of 1700 UTC Oct 10, situation in harbor looks like it’s under control. MSC INES was refloated, moved from fairway and about to be berthed. SM NEW YORK was also refloated and is already berthed. BOW TRIUMPH also refloated, berthed. There is another vessel which fell victim to strong wind, it’s bulk carrier MARITIME NEWANDA. According to one source, she drifted aground after breaking off moorings. According to another, inside, source, she drifted into nearby barge, probably anchored, and was stuck to barge. Bulk carrier seems to remain in the same position.
Bulk carrier MARITIME NEWANDA, IMO 9302798, dwt 55820, built 2005, flag Panama, manager TRANSOCEAN GRABBULK POOL. 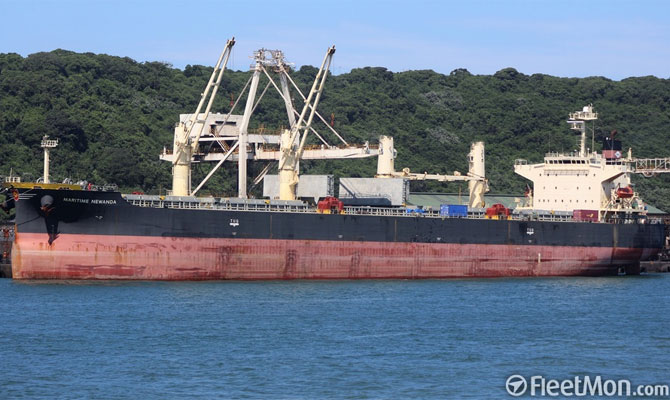 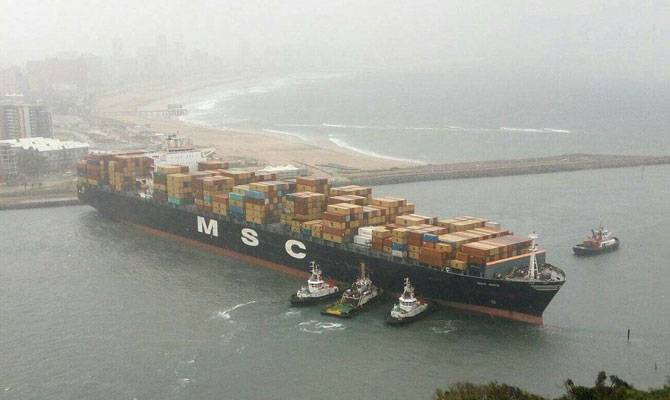