Bulk carrier TRADING FABRIZIA, stranded at Kingston Jamaica since last year because of troubled owner, is to be auctioned soon, said Jamaica Supreme Court officials. Crew, mostly Filipino, were repatriated, not clear who’s maintaining the ship now. Owner was sued by one of mortgagees, court ruled out, that the ship is to be auctioned. Claimant later asked the Court to overrule its’ decision, and hand the ship over to him. Understood Court rejected his plea, and TRADING FABRIZIA will be auctioned, after evaluation is carried out. Her last know value was $10.4 mil. Not clear if repatriated crew were paid their salaries in full – if not, and there are wage debts, the only way they can collect their wage debt is auction sale, or else, be TRADING FABRIZIA handed over to claimant, they’ll be left at the mercy of a new owner. Photo shipsparanagua.blogspot.com
Bulk carrier TRADING FABRIZIA, IMO 9481960, dwt 34529, built 2011, flag Malta, owner CAPITALEASE SPA, Italy. 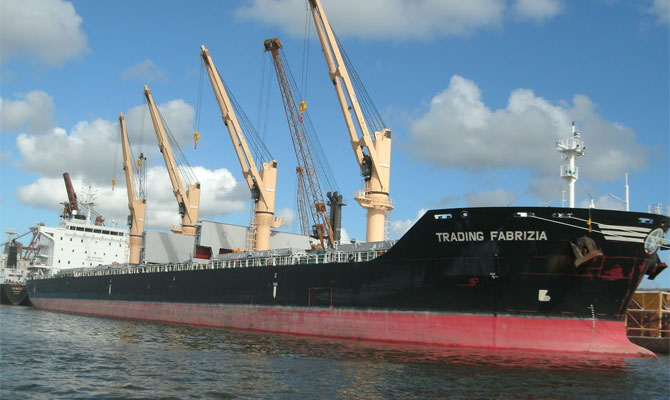