General cargo ship ATLANTIC early in the morning Sep 23 ran aground south of Oskarshamn, eastern Sweden, Baltic sea, while en route from Visby to Oskarshamn. Swedish Coast Guard found Master and Officer on watch, both Russian nationality, being drunk. No visible damages, no leak reported, weather is calm, there’s no imminent danger of some major accident. According to AIS track, ATLANTIC didn’t changed course when being abeam of Oskarshamn, and sailed straight ahead until grounded in shallows at around 0200 UTC Sep 23. Understood those on bridge fell asleep. No news yet on salvage, maybe waiting for high tide. All photos at http://www.barometern.se/oskarshamn/lastfartyg-har-kort-pa-grund/
General cargo ship ATLANTIC, IMO 8002731, dwt 3041, built 1981, flag Faroe Islands. 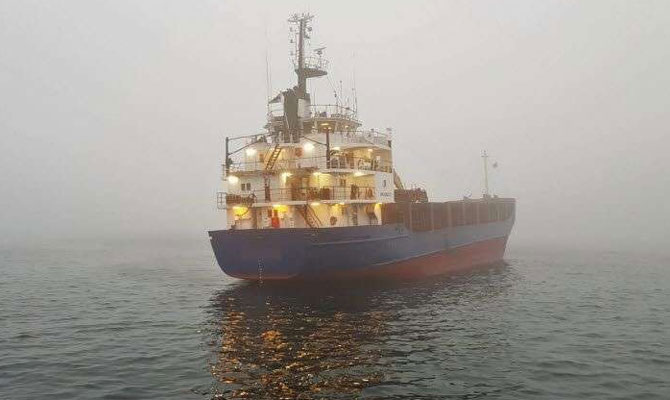 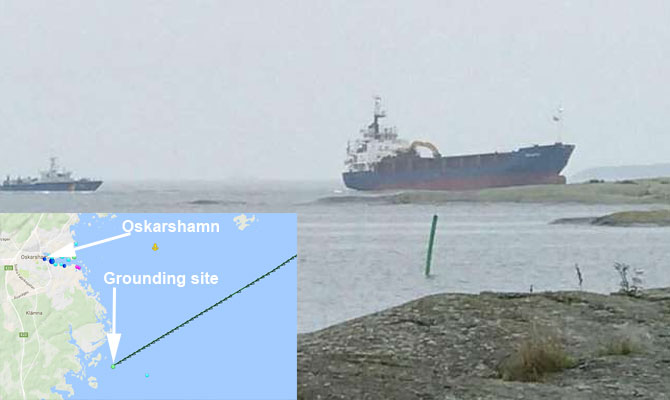