Product tanker BUM KANG in ballast reportedly suffered explosion on a cargo deck at around 0100 Seoul time Sep 22 while under way off Samcheok, Gangwon Province, South Korea, Japan sea. One Indonesian crew was killed and one Korean suffered serious injures. Tanker was some 5 nm off Samcheok, and turned to Samcheok, arriving there at around 0225 under own power. Earlier report said there was fire after explosion, but latest news said explosion didn’t cause fire, only a lot of smoke. At the time of explosion tanker was degassing cargo tanks, explosion was caused therefore, by evaporating gas. There were 11 crew on board of tanker, no information on tanker damages.
Product tanker BUM KANG, IMO 9781499, dwt 2838, built 2016, flag South Korea, manager JS MARINE TRANSPORTATION CO. 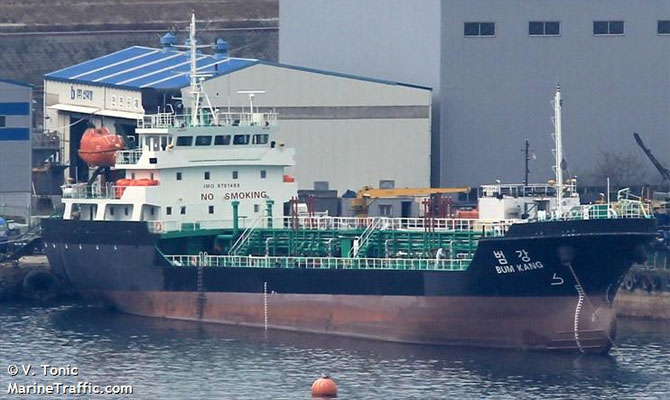