Tanzania-flagged general cargo vessel sank in the afternoon Sep 2 off Lakabi, Oman, Gulf of Aden, while en route from Sharjah to Eritrea with general goods, including steel. Vessel sank after hold or holds were flooded, cause of water ingress unknown, though hull breach was mentioned by one of local media. 20 crew were rescued by Omani fisherman, Good Samaritan Fayiz Al Junaibi, who received distress phone call from one of the ship’s crew members, and sailed to sinking ship on his boat – full story (and photo gallery) here: http://timesofoman.com/article/116319/Oman/In-his-own-words-Omani-heros-race-against-time-as-ship-sank
Oman officials and media didn’t identify sunken vessel. Judging from rescue photos, it’s an ocean-going general cargo ship, sinking by fore on even keel. All photos taken by Fayiz Al Junaibi. 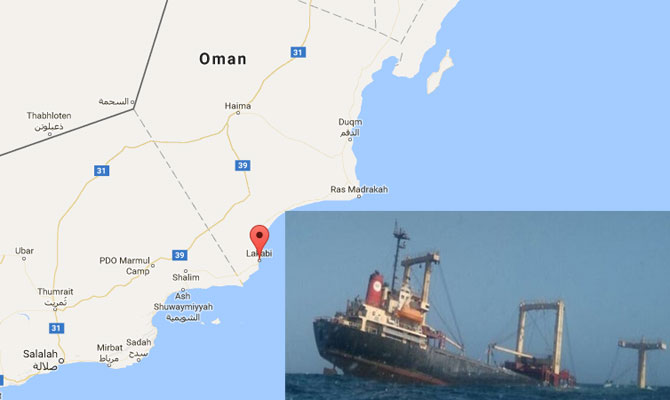 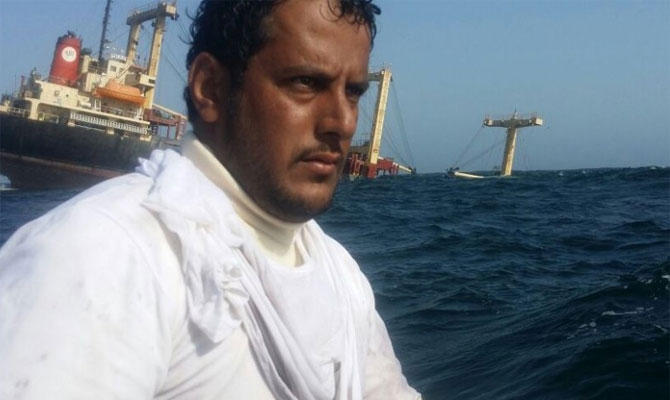 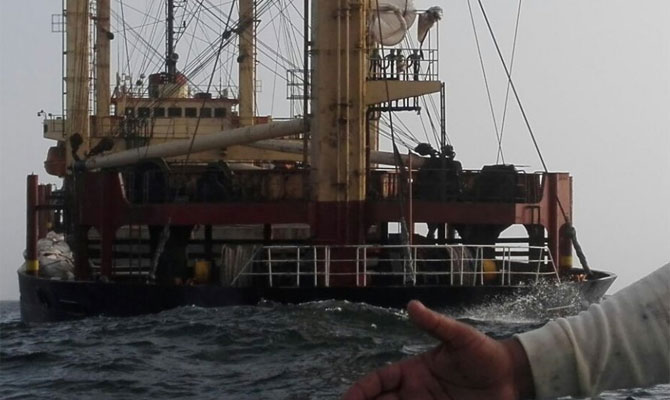