As of 0520 UTC Aug 22, bulk carrier CHESHIRE was some 110 nautical miles southwest of Hierro Island, Canary Islands. During last 24 hours, disabled and burning (?) vessel changed direction of her drift, and now is drifting towards Hierro Island at a rather high speed of 2.5-3.0 knots, driven most probably, by current, because weather and wind seem to be fair.
CHESHIRE is followed by three SAR tugs, RED SEA FOS, MIGUEL DE SERVANTES and VB HISPANIA, and Moroccan port tug JACQUES 2. Tugs are moving in a box-like formation, with sides of the box being some 2-2.5 nautical miles long. Officials, in latest statements dated Aug 21, again said that the tugs are cooling burning vessel. Cooling with what, may I ask? SAR tugs pour water or foam on a burning vessel through their water cannons, which means dozens of meters distance from their object, not miles. If water cannons of deployed tugs don’t deliver water to their target in shells or missiles, official statements have to be considered, therefore, as doubtful.
There’s no detailed analysis yet, with assessment of risk of explosion, let alone expertise on explosion scale and possible consequences, including destructive dangers of a wave, generated by an explosion.
That’s what I found just by two clicks in google:
… ammonium nitrate has a potentially lethal downside: If it comes into contact with an open flame or other ignition source, it explodes violently. The explosive force occurs when solid ammonium nitrate decomposes very rapidly into two gases, nitrous oxide and water vapor.
The deadliest industrial accident in U.S. history occurred in the port of Texas City, Texas, in 1947. A carelessly tossed cigarette started a fire aboard a ship carrying about 2,300 tons (2,086,000 kilograms) of ammonium nitrate packed in paper sacks. When the chemical exploded, it caused a blast powerful enough to knock people to the ground in Galveston, Texas, 10 miles (16 kilometers) away. The detonation also caused a chain reaction when a nearby ship, also carrying ammonium nitrate, exploded, setting fires at chemical tanks and oil refineries near the port. An estimated 581 people were killed in the disaster.
But not all disasters involving ammonium nitrate are accidents: The fertilizer was packed into a rented truck and used by terrorists Timothy McVeigh and Terry Nichols to kill 168 people in the 1995 bombing of the Alfred P. Murrah Federal Building in Oklahoma City.
https://www.livescience.com/28841-fertilizer-explosions-ammonium-nitrate.html
I am not an expert in fire or explosives, but what’s going on board of CHESHIRE, doesn’t look like fire, it resembles active chemical reaction. If we’re to believe to ammonium nitrate expertise in numerous accessible materials, open flame causes ammonium nitrate explosion.
I didn’t dig deeper in order to, roughly, estimate, what are the equivalents of explosion of 40,000+ tons of ammonium nitrate, but it gives me creeps, frankly.
One more thing – I don’t trust any bureaucracy, of any nation or race or whatever. I have, kind of, countries-authorities-trustworthiness ranking list, a result of my vast experience of maritime accidents. Spain in my list is nowhere close to top, it’s definitely below average, better than Russia, a lot better than Iran, but few countries may claim less trust, than Russia or Iran, so it’s not a big deal. Tanker PRESTIGE disaster is just one reason, why Spain officials rank so low in my list of trust. I can give more.
Voytenko Mikhail
Aug 22 2017 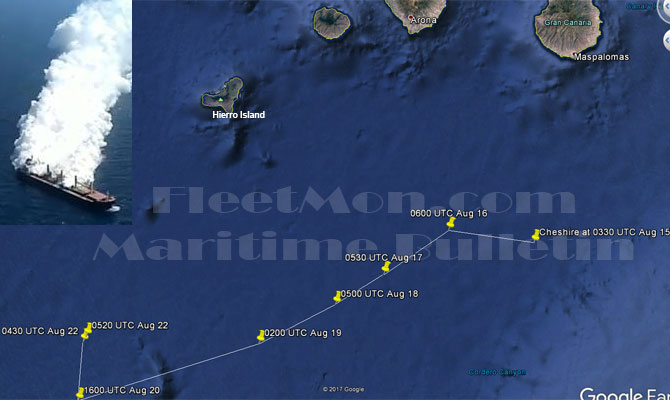 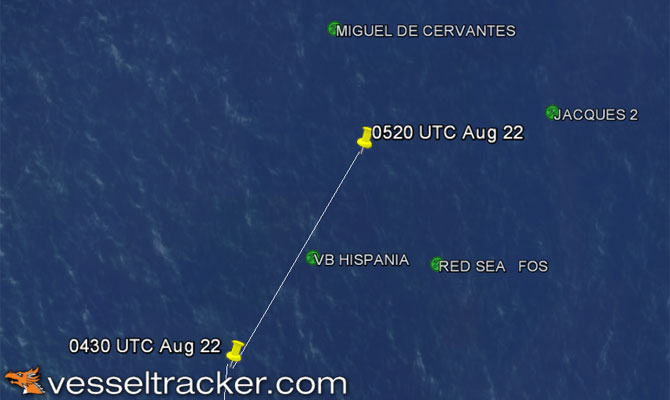