Bulk carrier CHESHIRE fire
As of 0500 UTC Aug 18, CHESHIRE status not clear, maybe she was taken on tow by contracted salvage tug RED SEA FOS. Vessel is moving or drifting in southwest direction at some 2-3 knots speed. Spanish SAR tug PUNTA SALINAS replaced by MIGUEL DE SERVANTES. Understood there’s no salvage plan yet, CHESHIRE can’t be taken to any port for a fucc-scale firefighting, because of nitrous oxide toxic fumes, and because when exposed to high temperatures, ammonium nitrate becomes highly explosive.
Previous Updates and news: http://maritimebulletin.net/2017/08/17/ships-accidents-aug-17-updates/ 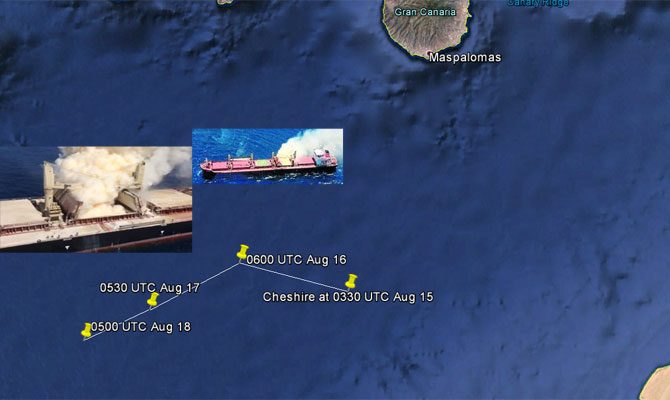