Update Aug 12: At least 11 locals were arrested by the police for looting cargo from containers, which fell overboard from container ship LOG IN PANTANAL. Some cargoes from containers float around, like those backpacks on photos, some cargoes like air-cons and medical supplies are looted from floating containers. Waters near accident site are littered with floating cargo, containers and mosquito fleet of coastal residents, picking up everything they can. Containers fell overboard when the vessel was some 2 nm off the coast, cause yet unknown. There was a swell some 3 meters high, but it could hardly cause such a major loss, providing everything was in good order and prepared for sea. All photos and video can be found here: http://g1.globo.com/sp/santos-regiao/porto-mar/noticia/piratas-sao-flagrados-saqueando-conteineres-que-cairam-no-mar-de-navio-no-litoral-de-sp.ghtml

Previous news:
Container ship lost some 45 containers overboard, Brazil
Aug 11: Container ship LOG IN PANTANAL lost some 45 containers overboard on the night Aug 10-11 on outer Santos anchorage, Brazil, between 0130 – 0300 hours local time. Channel was closed until 0840 in the morning. Some containers broke when they fell into water, with cargo floating around. Police boats patrol floating goods to prevent theft. The cause of the accident not yet clear, it is said, that there was heavy swell in the area. Most probably, containers lashing was faulty. As of 1500 UTC Aug 11, boxship was at anchor on outer anchorage. Not clear whether vessel was leaving port or waiting to enter – according to locals, she was waiting, but according to AIS, she was leaving.
Container ship LOG IN PANTANAL, IMO 9351799, dwt 23821, capacity 1688 TEU, built 2007, flag Brazil, manager LOG-IN LOGISTICA INTERMODAL S.A. 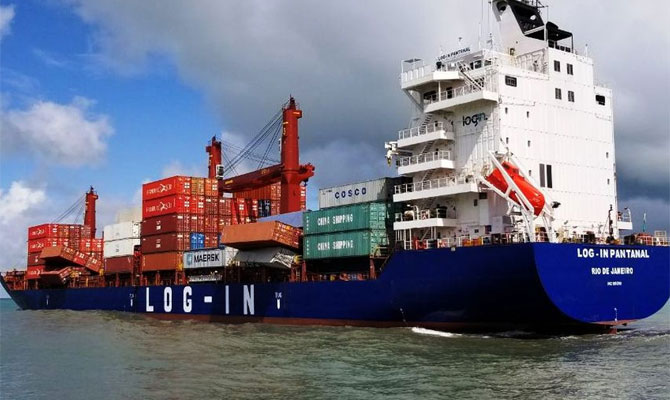 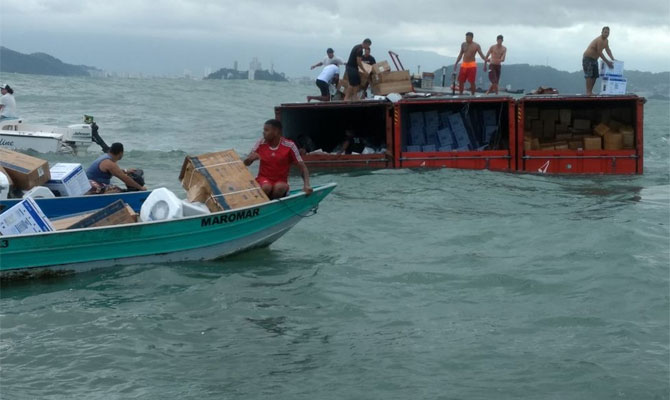