Maersk operated container ship MERCOSUL SANTOS collided with a tug pushing several barges on Amazon river between ports of Juruti and Obidios, Para State, Brazil, at around 4030 LT Aug 2. There were 11 people on board of tug and barges or ferry pontoons, only 2 were rescued, 9 went missing. SAR under way. MERCOSUL SANTOS was brought to anchor near collision site, she was sailing upstream to Manaus Port. Details of the accident yet unknown and unclear – not clear what happened to tug, one of barges or pontoons said to break free, drifting, some got stuck under MERCOSUL SANTOS bow.
Reference: Mercosul Line said to be sold to CMA CGM, as per news dated June 14, but according to AIS data, vessels are still operated by Maersk.
Container ship MERCOSUL SANTOS, IMO 9356153, dwt 35236, capacity 2478 TEU, built 2009, flag Brazil, manager MAERSK LINE A/S. 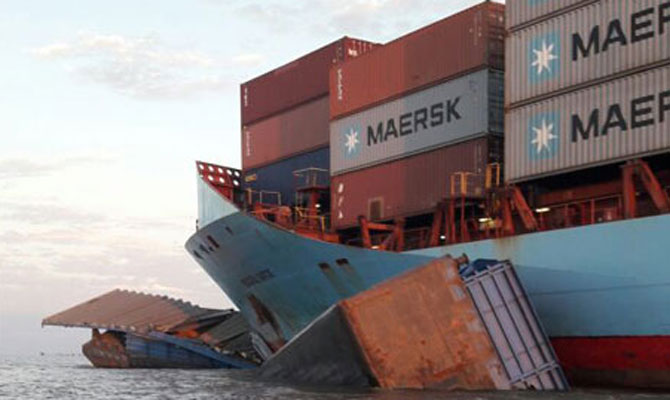