Spanish Tax Agency Agencia Tributaria intercepted a container loaded with half a million packs of contraband cigarettes, at some 1,5 mil euro value. Container arrived on board of container ship BASLE EXPRESS to Valencia on July 15, and was checked by Customs, who, regretfully for Spanish smokers, found contraband cigarettes boxes, screened by boxes loaded with shoes. Customs didn’t apprehend the container, waiting for people who were to pick it up. Nine people, including one Spaniard and eight from Eastern Europe countries, were arrested, three trucks seized, one of them with Estonian plates.
Container was shipped from Bangkok Thailand, cigarettes of American Legend brand were produced in Eastern Europe, and how did they get to Thailand, is still a mystery. Understood the haul was made on a tip from informer. Sad.
Obviously, BASLE EXPRESS and her crew weren’t engaged in any way in contraband trafficking, vessel was approaching Malacca Strait as of evening Aug 1, destined for Singapore.
Container ship BASLE EXPRESS, IMO 9501344, dwt 142051, capacity 13000 TEU, built 2012, flag Germany, operator Hapag-Lloyd AG. 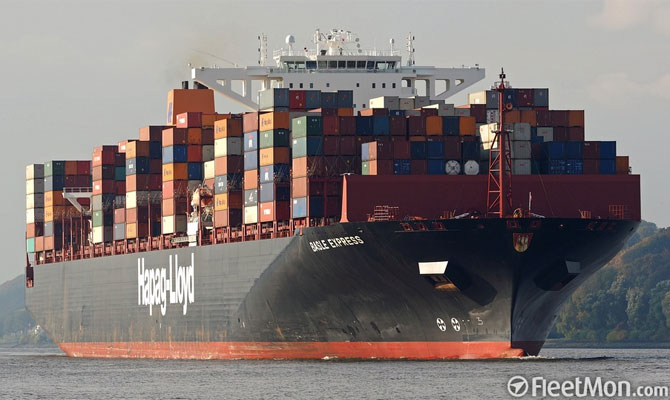