Tug HARLINA 7 was towing barge Sukowati 206, loaded with some 7,500 tons of coal, from Banjarmasin, Kalimantan, when coal inflamed on July 25 or earlier, and tug had to call nearest port. Barge was taken to Leppe’E pier at Bulukumba, southeast Sulawesi. Fire fighting teams were engaged, working in turns, and finally, fire put under control – at least there is no open fire any more, though smoke still emanates from coal.
Tug HARLINA 7, IMO 8677304, GT 235, built 2012, flag Indonesia, manager BORNEO KARYA SWADIRI, Jakarta. 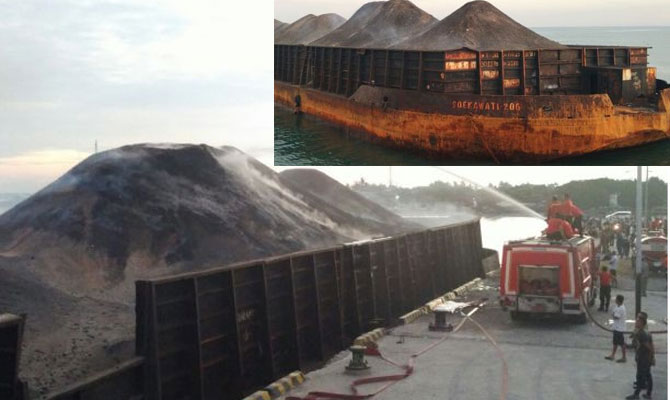