General cargo vessel VTB 26 with cargo of coal from Quang Ninh, destined for Cua Lo, Nghe An, Gulf of Tonkin, reportedly sank on the night July 17 at Cua Lo anchorage, battered by high waves and strong wind, brought by typhoon Talas. Vessel was rejected from berthing at Cua Lo, because of oncoming typhoon. Contact with vessel was lost, later, after midnight, vessel issued distress signal. Of 13 crew on board, 8 were found and picked up, 7 alive and one dead. 5 are still missing.
Typhoon also beached a floating crane north of Cua Lo, on the coast of Thanh Hoa province. Crane said to be unmanned. One more vessel was beached nearby, but later drawn to the sea, no information on that vessel.
General cargo vessel VTB 26, IMO 9664081, dwt 5198, built 2013, flag Vietnam, manager MARITIME SHIPPING & TRADING, Hanoi. 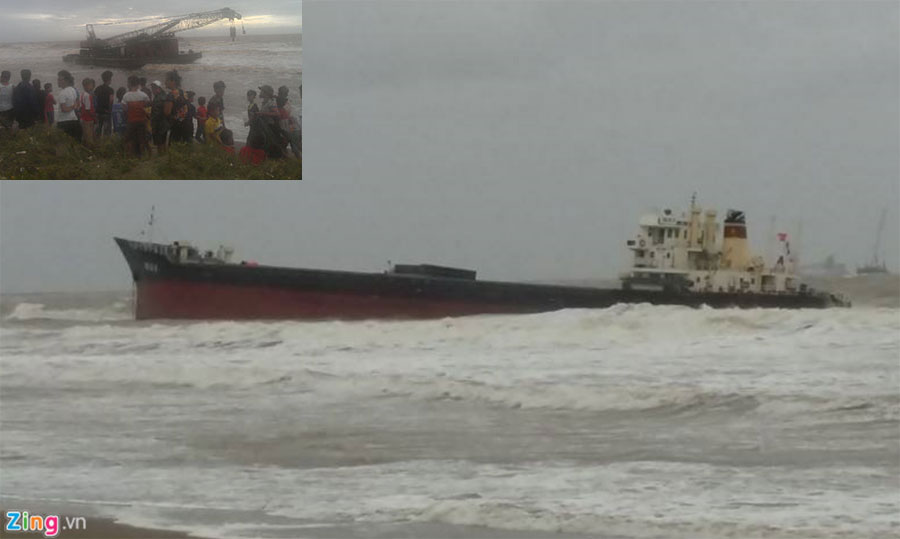