Update (new photos added): USS FITZGERALD hull was breached above and below waterline, with water ingress in some compartments. The ship is under own power, though her propulsion is limited. Crew are pumping out water.
Container ship ACX CRYSTAL though Philippines-flagged, said to be operated by Japanese NYK. Her damages though substantial, aren’t too serious, let alone critical.

As in most collision accidents, most probably in this accident too, both ships are responsible for the collision, to a more or less degree. Navies in most cases, are more to blame, if you ask me. Navy ships have a specially assigned sailor for each and every task, from watching to plotting maneuvers. Navy ships are always ready to reverse engines or change course. Merchant ships are resembling big passenger jets – take-off, straight flight, landing, with as few maneuvers as possible. Their manning is based mainly on monetary considerations, crews are severely limited. The bigger is the merchant ship, the more difficult and unpredictable is her maneuvering. Merchant marine needs as obstacles-free (including such obstacles, as Navies or fishing vessels, especially coastal boats) and wide lanes, as possible. 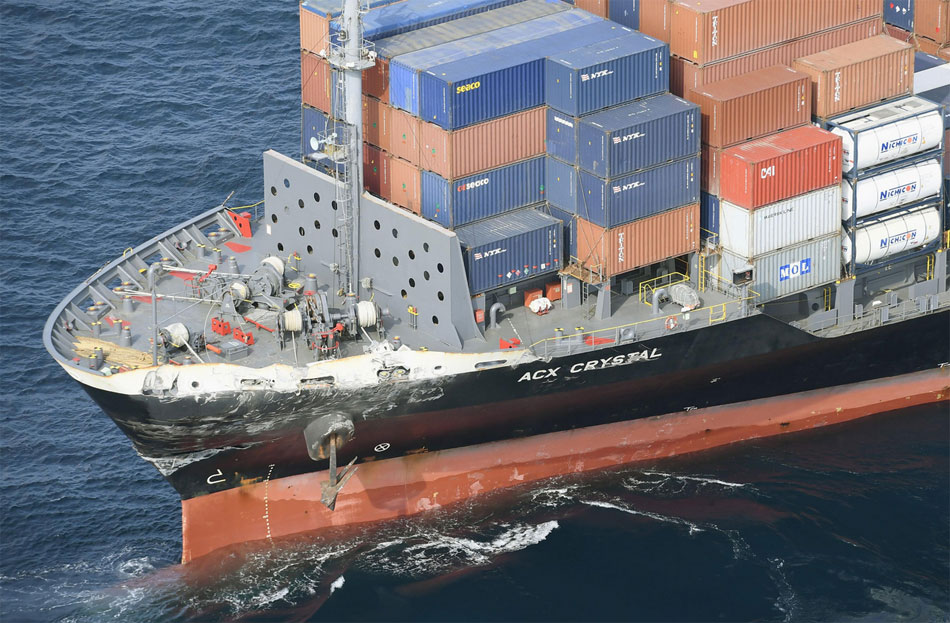 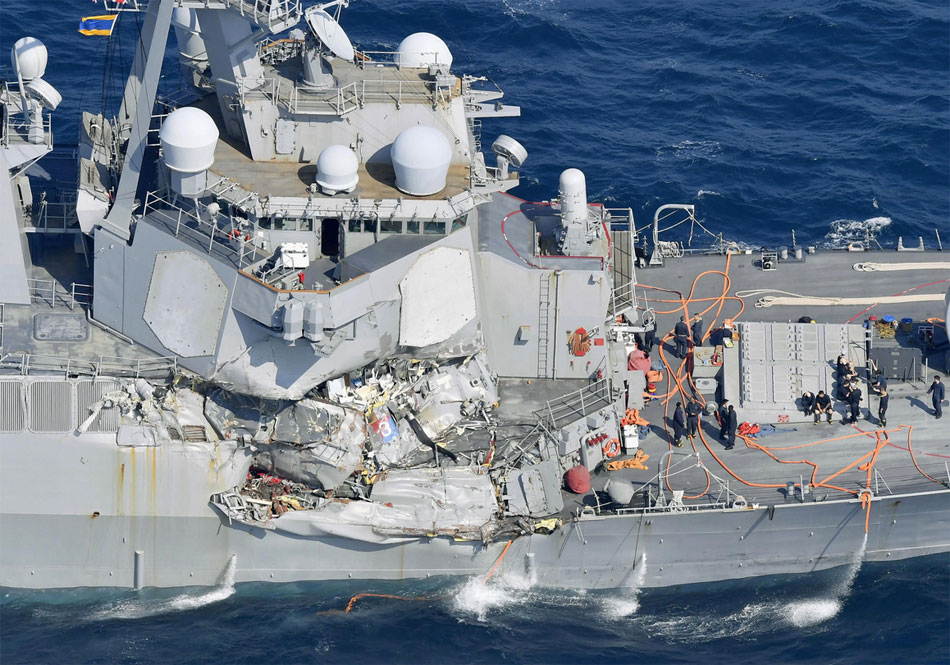 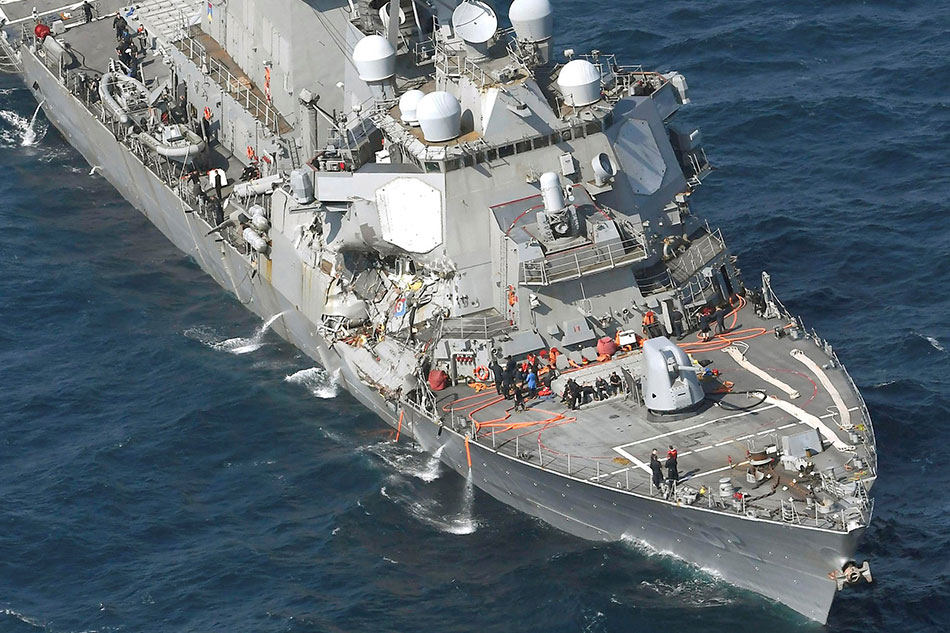 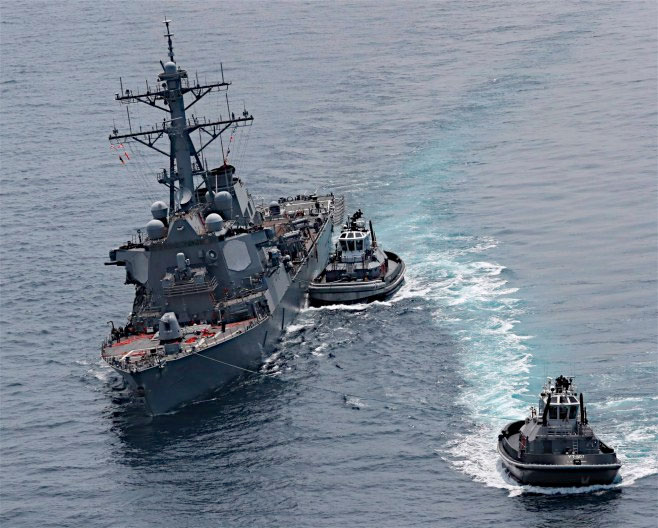